“ALL FUNDAMENTAL CONSTITUTIONAL RIGHTS ARE, AS A MATTER OF LAW, ‘ESSENTIAL.’” ​ 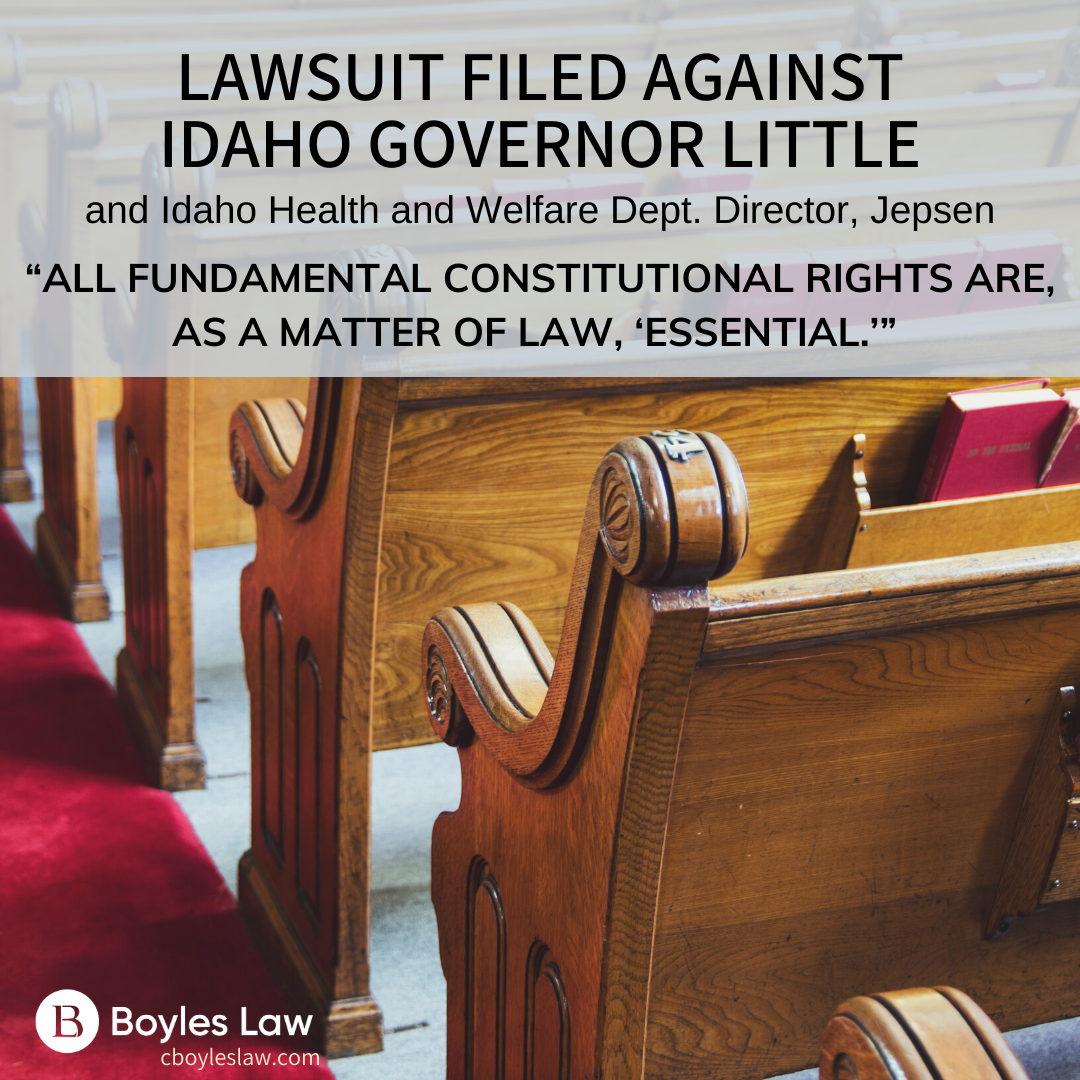 “There is a self-evident constitutional problem when beer, wine, whiskey, guns, and abortions are permitted in Idaho (see Section 8 of the Stay-Home Order), but an ordinary Sunday church service, the same as has been practiced since the Pilgrims arrived here, is illegal.”


MacPherson and Boyles allege that, “the Stay-Home Order has been interpreted by local law enforcement such that most churches have closed and most religious gatherings have ceased, and those that continue do so under actual threat of intervention by local and state law enforcement.”


Even though the Governor has begun to “reopen Idaho,” the Order still discriminates against religious activities, considering them as not “essential,” though religious freedom is a fundamental right, both under Idaho law and federal law.


The aim of the lawsuit is to have the Order struck down as unconstitutional and send the message that no government official should ever even consider attacking such fundamental constitutional rights. The Governor prohibited church services during Lent and Easter. Will he attempt to do so again during Advent and Christmas?


If we do not stand up for our constitutional rights now, will our children even have the freedom to petition the government for redress of grievances?


“The voice of tradition, I trust, will inform posterity of our struggles for freedom. If our descendants be worthy the name of Americans they will preserve and hand down to their latest posterity the transactions of the present times; and tho I confess my exclamations are not worthy the hearing, they will see that I have done my utmost to preserve their liberty….” (Patrick Henry, “Liberty or Empire?” second speech to the Virginia Convention of 1788, June 5, 1788, advocating for a Bill of Rights to the Constitution.) 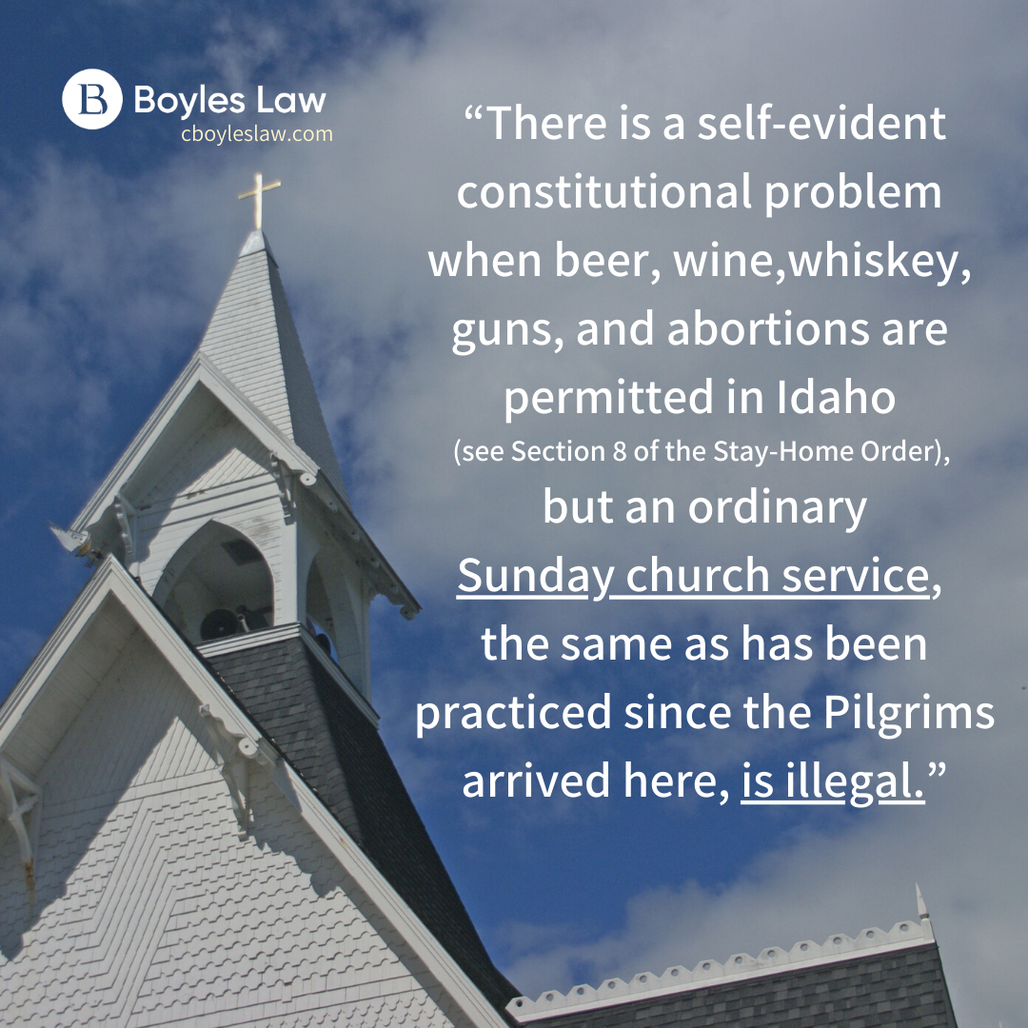